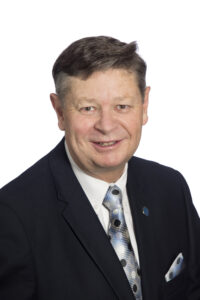 Stephen Krouzecky is an experienced Australian patent and trade marks attorney, and founding principal of the Sydney based firm Krouzer IP. He is also managing director of KPI Synergies Pty Ltd, a consulting business specialising in IP strategy and commercialisation.

After 24 years being a senior partner and 3 decades of practice with a leading West Coast IP attorney firm, heading the Electrical Electronic and Computing Technology group, Stephen moved to the East Coast. Here he became a principal and head of the patents group of a mid-tier Sydney boutique IP firm, before moving to a large national firm in 2010, where he helped grow its Sydney and Perth client base.

Stephen’s fast developing network of clients in small to medium enterprises led him to begin working independently at Krouzer IP, where he has been able to apply his experience to helping businesses prosper through their intellectual property both domestically and internationally.

Stephen specialises in electronic, computer and system related inventions, involving both hardware and software, and also mechanical, medical, mining and business-related inventions. He also is a specialist in trade marks and designs practice. With his extensive IP and commercial experience with clients, Stephen has found a niche in dispute resolution, litigation support, technology transfer negotiations and licensing, and IP strategy generally.

Technologies where Stephen has developed considerable IP experience include: gaming, microscopy, fin-tech, communications, big data, medical and diagnostic systems. He has acted for many leading international companies, including being the principal external patent counsel for Australia, Macau and China of the largest gaming machine manufacturer in the world.

In 2009 Stephen was elected to national and international executive positions of the International Federation of Intellectual Property Attorneys (FICPI). He is a Member of Honour of FICPI, and the former International President of its Training and Education Commission. Stephen is currently the President of FICPI Australia, and as such is the delegate representing Australia at the Executive Committee of FICPI. He is also an active member of CET Group 5 (special technologies) and CET group 8 (intellectual asset management and commercialisation).