What is a patent?

A patent is an intellectual property right that is granted for an invention or an innovation that meets certain criteria specified by the law of a country. It is an exclusive right that gives the owner or people authorised by the owner the entitlement to commercially exploit the patented invention to the exclusion of everyone else in a particular jurisdiction, for a period of time.

Where can I get a patent? 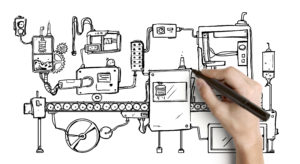 Most countries of the world have their own Patent Issuing Office controlled by the government of the country. There are also regions, where certain countries have joined together and established an intergovernmental organisation that grants patents with effect across or within the region, such as in Europe.

How do I go about obtaining a patent?

The steps involved in getting a patent are complex and vary from country to country. The patenting process is deliberately protracted to take into account these complexities, and to align with long-term research and development processes that accompany the lifespan of an invention from its genesis to its commercial exploitation.

Obtaining a patent involves an application process and payment of fees to the patent issuing authority to receive, examine and grant the patent if appropriate. In every instance, the application must be accompanied by a patent specification, a document that:

What is the procedure?

Initially, a patent specification must be prepared or ‘drafted’. It is advisable to obtain the expert opinion of a patent attorney first on whether the invention or innovation is of the appropriate subject matter to obtain the grant of a patent, as well as to undertake some preliminary research of the existing field.

Once the patent specification has been drafted, the general procedure involves five stages, outlined below:

In Australia and some other countries third parties are permitted to oppose or object to the grant of the patent within a limited time before or after grant.

The patent procedure followed in Australia and overseas is integrated by virtue of two main agreements, one known as the Paris Convention and the other known as the Patent Co-operation Treaty (PCT). See Overseas Procedure for more information.

How much does it cost?

The procedure and typical costs involved can vary greatly from case to case. Including the drafting of the patent specification, pursuing an Australian patent can cost upwards of $5,000—$20,000. However these costs are often spread out over several years.

When filing overseas applications, the same patent specification can be used and modified as necessary, which can significantly reduce costs. Generally, the costs involved with obtaining a patent in another country are higher than in Australia, and involve overseas associate fees and charges.

How do I know if my invention is patentable?

It is usual to have a subject matter search conducted by a searching agency at the outset, and to obtain the opinion of a patent attorney. Alternatively, an international-style search service provided by IP Australia can be conducted following the initial patent application filing, once the patent specification has been drafted. Your patent attorney can advise on the best approach for your individual needs.

How do I start?

If you’d like to read more detailed information about the Patent procedure, please download our Patents Guide.

If you are ready to begin the process, you can download and complete our Invention Description Guide to help us understand what your invention is about, after which we can advise you as to what needs to be done, the costs involved and the best way of proceeding.